Stolen from my blogging friends and heroes (if blogging heroes is a concept that can exist without being cheesy) I’ve decided to try my hand at the “how tempting” format. Here is a bunch of musical purchases I’m tempted to make, and likely would have made already if I wasn’t broke: 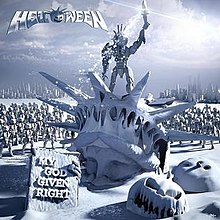 – No brainer. A new Helloween album. I love Helloween, I’m in a Helloween mood at the minute and they’re a really consistent band who always deliver (well, they have been for a long time anyway, apart from the wobble everyone is familiar with after Kai left). Apart from Chameleon, this is now the only album under the Helloween name I don’t already own.

– Speaking of Kai, new Gamma Ray album. Not THAT new I’ll admit, I’ve been planning on buying it since before it was even released but keep blowing my music budget on multiple cheap cds rather than single expensive new ones. This is really high on my priorities list.

– I have everything else he ever released, and enjoyed the preview track ‘Deep Six’ so this should already be in my collection already. First paycheck I get at my new job will likely see me scoop this up in a hurry. I have a thing with Marilyn Manson where on the one hand I think he got really rubbish after Holywood (one of my all time favourite albums ever and a genuine stone cold masterpiece within all music) but on the other hand I do actually enjoy all his albums and listen to them regularly… its weird, I like them all, but if you said they were crap I’d agree. If you asked which albums to buy, I’d say avoid anything after Holywood, but I’ll personally listen to everything afterward and enjoy it. Its difficult to explain.

– Really solid band. Every album they’ve done is good, so this should be too. Like Devildriver, I’d never ever call them a favourite band of mine and yet I listen to them a lot more than bands I do call favourites. Weird. They’re just really easily digestible and comfortable I guess. I initially avoided this album for fears that it was an all acoustic album like Unblackened’s bonus disc… but it wasn’t and I’m looking forward to it now. I had tickets to see them on this tour but I had to miss it because I was shit-myself-sick from some crazy virus and was also due to be back at work the morning after the gig would’ve been, so it would’ve been really irresponsible to have gone. Shame, I love their live Blu Ray Doom Troopin and it would’ve been nice to see em.

– I absolutely love this band and I’m really surprised that I didn’t cave in and buy this already. I’m very excited for this one and Its super high on my priorities list when it comes to shopping for entertainment. The guest appearances from Chino and Greg also intrigue me, as these can be really interesting when done right. I’m a bit skeptical about how the whole story surrounding the album might impact things (you know the manslaughter story already I presume) but that’s what I thought about Slipknot’s new album and it ended up being my album of the summer. 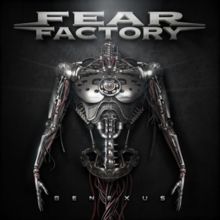 – This album is absolutely badass, I’ll tell you that right now. It’s the only one on this list I’ve hear all the way through as I am usually CD obsessed and so don’t usually like to stream albums before I buy them …but with all the intrigue in my circle of friends (my buddy Paul is a gigantic Fear Factory fan so this was a big talking point) I couldn’t help myself. I am thoroughly impressed with this and want a legit physical copy for myself asap.

– The only Gamma Ray album (apart from the aforementioned new one) that I don’t own. I like every single other album the band have done and even if this one has a reputation for being a bit stale and recycled I think I’d enjoy it (Land Of The Free Part II has the same reputation and I love it). 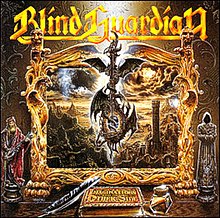 – I own the albums before and after this, but this is such a landmark album in the subgenre and for the band that it feels like a giant gap in my collection. Also, considering what a Power Metal mood I’m in these days, this really intrigues and excites me. I definitely see myself picking it up before Christmas.

I also want more from all the Power Metal bands I’ve been listening to recently. More Stratovarius, More Sabaton, More Hammerfall, you get the drift.

Furthermore, just to add to things: Trivium, Children Of Bodom, Parkway Drive, Slayer, Iron Maiden, The Frattelis, Riverside, Disturbed, Clutch, Tesseract, Saxon, Five Finger Death Punch and Stratovarius all have new albums coming out and I want them all. They’re not released yet but I can see them tempting me severely once they are. Especially Clutch and Tesseract given how incredible both of their last albums were.

As well as all that, I have a temptation to fill in gaps in my collection for collections sake sometimes, like Soulfly’s Savages album, which I’m not in the mood for at the moment, but sometimes want just because I have all the other Soulfly records… but that is a wasteful and pointless exercise to actually undertake, its better to go for stuff I’m in the mood for and will enjoy at the time. If I do get in a Soulfly mood again later then there’s something extra to check out at the time. On the other hand, I am in a massive Thrash Metal mood at the minute, and some collection gaps such as Overkill’s Horrorscope and Sodom’s Tapping The Vein are looking increasingly tempting. I mean… if you’ve been planning on buying an album for over a decade, it might be time to take the plunge y’know?

Finally, B Sides and Bonus Tracks. If I buy the standard edition of an album, I’m pretty soon after curious about the bonus tracks and last Summer I got myself Judas Priest’s Redeemer Of Souls album with a birthday giftcard… I have been super curious about the bonus tracks on the special edition ever-after that, and might just iTunes em all soon. Maybe that and the Death Magnetic b-sides EP thing who’s name escapes me at the minute. I already buckled and got the bonus tracks from Trivium’s latest album (that I in fact got on the same giftcard as the Priest one last summer), so it wouldn’t be the craziest idea.

Then there’s all the albums that reading fellow bloggers review that have my eyes bulging and drool pooling around my feet. If you read some of the excellent blogs like Mike Ladano and ’80s Metal Man you’ll soon find yourself salivating over Poison’s Native Tongue or Girlschool’s Screaming Blue Murder. Or over at Nick, Scott and Stone’s blogs to find even more desires for new releases. It’s a dangerous prospect for the bank account, getting into the world of online music fans (he said jestingly).