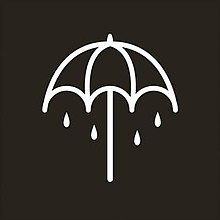 Bring Me The Horizon – That’s The Spirit

Bring Me The Horizon have had an interesting evolution as a band, with the material on their new record being utterly unidentifiable as being the same band as the one who made their debut EP, and yet every release in between has been the completely logical sequel to its predecessor.

A journey that very much started when Suicide Season had less death growls and blast beats on it than their debut album, and featuring the odd little touches of electronics here and there, has album-by-album seen the band evolves into a BBC Radio 1-friendly band with almost entirely clean vocals, absolutely no touches of Death Metal anywhere in the proceedings whatsoever, and electronics out the wazzoo (so to speak). Its still Rock music (with Pop and Dance tinges), but there’s very little Metal left. They loose fans with each step on the road but seem to recruit 50 for every 1 who drops. A good guide to the band’s evolution is to take the two least-extreme songs on any album and that becomes the average sound of the next album… so, considering that their excellent previous album Sempiternal featured ‘Can You Feel My Heart?’ and ‘…And The Snakes Start To Sing’ – following my train of thought, you can see what sort of thing you can expect on 2015’s That’s The Spirit.

So that’s evolution covered. “Stylistically” would be the next concern – There’s tiny touches of Nine Inch Nails, there’s tiny touches of Pink Floyd, there’s even a moment with cheerleaders singing (like on Mastodon’s ‘Aunt Lisa,’ Marilyn Manson’s ‘mObscene’ and Faith No More’s ‘Be Aggressive’ amongst others) but it seems to me that most of the direction is from outside the comfort zone of the average Rock/Metal fan. What else can be said? Well its melancholy as hell, with a real hopeless, negative, depressing feel straight from the opener ‘Doomed’ – but its bittersweet, with euphoric electronic dance music sounds in the background and the most melodic and talented clean singing of the band’s career. Even the track called ‘Happy Song’ seems to be dripping in misery, and I guess you can see why if you read any interviews with the band’s frontman and his struggles with addiction. The songs do have some nice structuring and are well constructed, dynamic and interesting… its not just verse-chorus-verse, but it is immediate, accessible and catchy as all hell.

“Sonically” comes next – well, it sounds like a million bucks, which is interesting because its actually self-produced. It is amazingly clear, the electronics are top drawer, the mix is perfect, the drums are shimmering and the little touches of keys stick out like they’re tapping you on the shoulder. The production is actually notably good. Almost distractingly good.

Songwriting? Forget about it! All this direction changing might upset me (I am absolutely in love with the Suicide Season sound and would happily have taken four clones of it instead of evolution) but the thing that makes it all work is that the band just write absolutely furiously good songs. Songs that stick in your head. Songs that you think about all day at work. Songs that make you buy concert tickets. Highlights include the excellent single ‘Throne’ which just makes you want to throw fists in the air, ‘True Friends’ which is just stupidly catchy …as well as ‘Blasphemy’ which is something special, it would be the best song on almost any album by any of the band’s peers and its difficult to describe why, other than a plain and simple “Its just that damn good!”

Bring Me The Horizon have made a lot of great albums, but even so this one won’t be forgotten. In an already foolishly good year of excellent releases from a great many bands (this really has been a great year for music I enjoy) this one still stands out. That’s The Spirit isn’t an album I’ll listen to a few times and shelve, its still going to be in heavy rotation next week, next month, next year, and on the band’s next album-cycle. If you have similar tastes to me, get yourself a copy, you won’t be sorry!