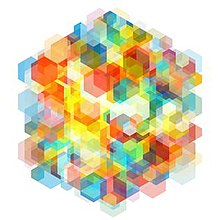 The British Progressive Heavy Metal band Tesseract’s previous album, Altered State was my studio introduction to the band (after catching them live supporting someone else) and has since become one of my very favourite albums of the last decade and one that I would without hesitation call a genuine stone cold masterpiece. Vocalist Ashe O’Hara was an excellent frontman on record and live (both as a surprisingly great opening band I’d never heard of and then again later when I saw them again as a converted fan) and quickly became one of my favourite singers.

I’ve since gotten into Tesseract’s earlier material and also Skyharbour’s output featuring Tesseract’s excellent original singer Dan Tompkins but my real love of Ashe made me very happy to have both options, it was nice to have both Tesseract with Ashe, Skyharbour with Dan… the best of both worlds if you will, and I was a bit sceptical of Dan’s return to the band and saddened by Ashe’s exit. I know its popular to root for the original guy… (There’s always someone to point out that their favourite band’s first singer was better – Paul Diano, Paul Baloff etc) but individual personal preference, I just always liked Ashe more, and so got a bit worried when he was no-longer in the band. Since catching the band live with Dan however, all my fears were alleviated and I began to get excited for their new album. They started the promotion cycle and excitement built even more.

Now that its finally here, and I’ve had time to digest it all, I can safely say that Tesseract’s self-produced third full-length album Polaris is a damn fine record. Even coming at it from the perspective I was, this is a great record and very satisfying.

Stylistically; Its not as heavy as their debut album, One, and its not a perfectly blended singular journey like Altered State was, its got a cool unique feel to it. It’s essentially a lot of distinct, separate moods and vibes, experimental and loose in one manner yet studied and perfectly formed in other ways. It feels like the listener is exploring a lot of different sides of the band’s influences and areas of interest. Some of it is more electronic, some of it is more Djenty, some of it is a bit more traditionally prog, and best of all… all of it is good. That’s the real crux here, because with reality being what it is, some people are always going to hate or dismiss this record; Some, because it isn’t heavy enough for them, some because Ashe isn’t there, some simply because its Djent and its cool to hate on Djent at the moment… but regardless of what genre it is, who sings on it or how brutal it is or isn’t – its just good. Damn good. A fine third album by this band and most importantly a fine album in and of itself even devoid of any context.

The highlights of the album for me are the momentously enjoyable and memorable ‘Hexes,’ as well as the entertaining robotic-sounding opener ‘Dystopia’ and the lead single ‘Messenger.’ Even in such an awkward, angular, evershifting genre as Djent they manage to pack in the choruses and vocal melodies that stick in your head for days and make you hum along in your head long after the record is over. ‘Hexes’ in particular has a shot at being the best song in the band’s whole discography for my money.

In summary, Tesseract don’t sound anything like either of their previous full-length records here, but they do sound fresh, interesting and captivating. It’s a grower for sure, and I’ve found its charms revealing themselves more and more with each new listen, always something fresh and interesting to focus on, always some new thing in the background coming to your attention, always a cool bass or drum part to make you smile.