The Canadian Prog/Metal/Punk/Whatever band; Protest The Hero, one of the best bands in the entire world both live and on record (not hyperbole, my actual true opinion!), have forgone the traditional record cycle in this increasingly messed-up state of the music industry’s piece-by-piece demise. We always read and hear the industry can’t get by on the old model but what could take its place?

Protest The Hero have launched a subscription service called Pacific Myth, where you sign up for 12 US Dollars per year, and they’ll release a new song with an instrumental and vocal version and unique artwork each month. 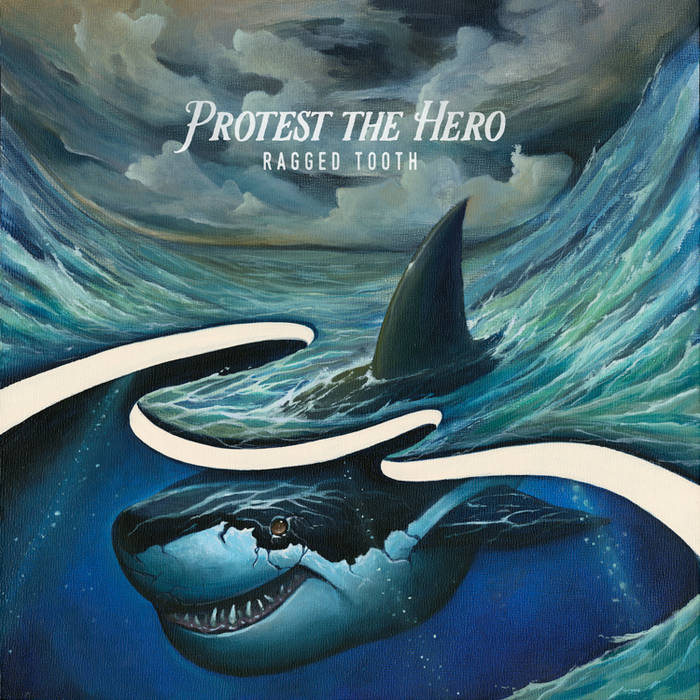 Its a 3 minute and 45 second tune called ‘Ragged Tooth,’ which is similar in direction to the style on their most recent album Voltion. Heavy, quick, a lot of changes, the same fun driving drumming (although no Chris Adler here this time! Its Mike Ieradi now. A very good match and a great live player) and so may different vocal appraoches its almost hard to keep track. There’s an awesome videogame sounding guitar lead at one point but not in that annoying novelty way.

Its given standard and as an instrumental, and the download comes with the artwork in a way you can print out it you like.

The band also had this message:

“Thank you for your support! Thanks for your unceasing support. We are continually blown away by the forward-thinking crowd we tend to draw in. Some people refer to subscription models for music as the final death gasp for independent artists. We refute these sentiments, and with your help, we intend to expose these people as the pessimistic clowns they truly are.”

I think its a cool model, I love traditional album format, but its going to be nice having a new release every single month and then I’ll never be sick of the band, there’ll always be something fresh, and I don’t have to wait years to get it. Always something to look forward to at an attainable distance away, and it seems reasonably good value for money. I’m very in favour of it, and as it is such a damn great band I sincerely recommend any of my readers to check this out, and any existing fan of the band to obviously jump in and support them if you haven’t already.